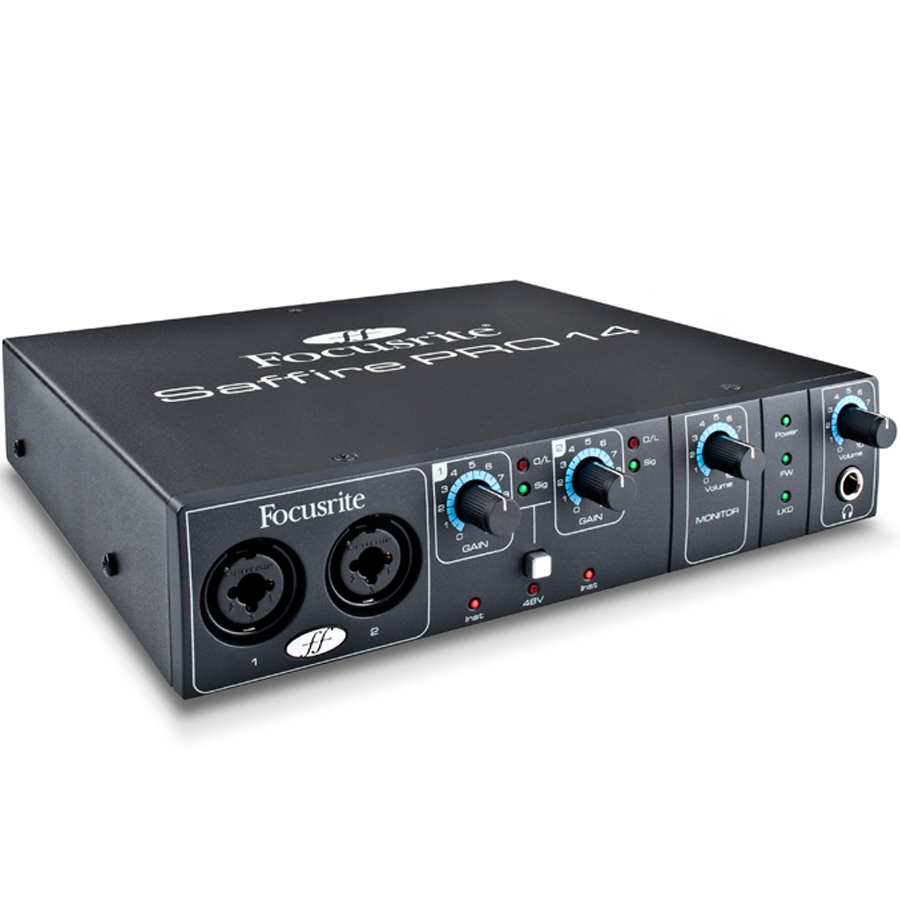 Thirty years of mic pre design heritage lie behind the Saffire PRO 14’s dual award-winning Focusrite preamps. The company was founded in 1985 by legendary console designer Rupert Neve to create modules for the consoles at Sir George Martin’s AIR Studios, including its now-legendary mic pres, and that history has coloured Focusrite’s subsequent designs. The mic pres in Focusrite’s interface ranges are designed specifically for the application, utilising a 2-stage design that combines low noise and distortion with remarkable transparency and enough gain to suit any microphone, plus 48v phantom power. 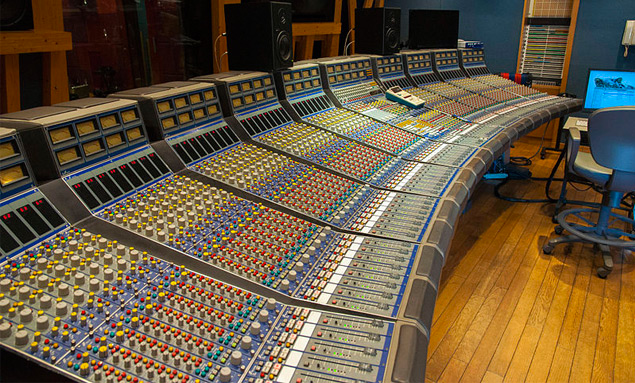 The ins and outs you need

With its host of additional I/O capabilities, Saffire PRO 14 helps you record, mix and monitor your work without constant repatching. Two combo XLR/TRS inputs let you connect mics, line inputs or high-impedance instruments – without a DI box – direct into the front panel. Two additional analogue inputs appear on the rear, along with four analogue outputs and S/PDIF for digital sources and destinations. MIDI in and out is also included. Two virtual ‘loopback’ inputs are also provided for routing digital audio between software applications — ideal for capturing online audio.

Zero-latency mixes for perfect monitoring
Included with the PRO 14 is Saffire MixControl, an 18 x 6 DSP mixer. MixControl makes it possible for you to create up to six separate mixes – without latency. Route any combination of input signals and sequencer outputs to any of Saffire PRO 14’s outputs, and use intuitive one-click configurations to help you track, monitor and mix as quickly and effectively as possible.

The heart of your studio
With Saffire PRO 14, sonic integrity is always uncompromised. The Focusrite preamps guarantee low noise and distortion, whilst quality digital conversion and JetPLL™ jitter elimination technology ensure pristine quality as your audio flows between the analogue and digital domains. Combined with the very latest in Firewire interfacing technology, excellent routing flexibility and rock-solid driver stability, the Saffire PRO 14 is ideally placed at the heart of the modern home studio.

Two fundamental factors distinguish the sound quality of Focusrite’s Saffire range of Firewire audio interfaces from the competition, and go to prove that at Focusrite, sound really is everything: superb analogue/digital conversion quality, thanks to the highest quality components and careful circuit design, particularly around the converter chip itself; and Focusrite’s award-winning mic preamps, specially designed for our computer interface ranges and based on 30 years of design experience, to deliver clean, transparent sound with minimal noise and distortion. Saffire interfaces are compatible with any DAW on Macintosh or Windows, and with the Red 2 and Red 3 AAX plugins included in the package, make a perfect partner for Pro Tools.